(Ponte Vedra Beach, FL) – St. John’s County non-profit, Investing in Kids (INK!) has been named for the second year as the Official Charity Partner of the upcoming PXG Women’s Match Play Championship.  As the sole financial beneficiary of the professional women’s golf tournament, Investing in Kids will raise money through the INK! Charity Pro-am and through the proceeds of tickets sales.  Last year, INK! raised more than $50,000 through the Pro-am, its biggest single-day fundraiser ever.  This year’s Pro-am will be held at the World Golf Village Slammer & Squire course on Monday, October 31.  The Official Pairings Party will be hosted again by Murray Brother’s Caddy Shack restaurant on Sunday, October 30. Also playing a significant role in the INK! Charity Pro-am is Murgado Maserati Jacksonville, which is offering a 2022 Maserati Levante as a hole in one prize.  Murgado Automotive Group/Bentley & Maserati Jacksonville is a Founding Partner of the overall Championship. 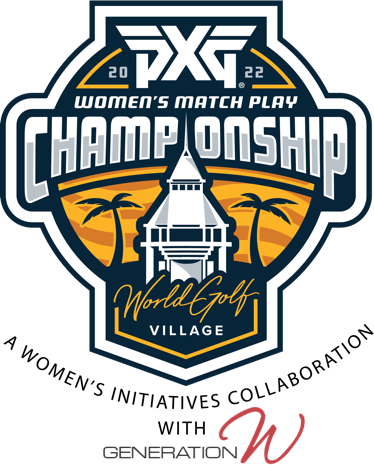 A true Pro-am, each of the three-person amateur teams will be paired with one of the professional players taking part in the PXG Women’s Match Play Championship, which will feature 84 of the best rising star professional players not yet on the LPGA Tour.  Being held October 31, the Pro-am tournament features lunch prior to teeing off and a post-tournament awards reception in the clubhouse.  On Sunday night, Murray Brothers Caddy Shack will host a fun and lively pairings party at which all 84 players in the tournament are invited in addition to the amateurs participating.  The event will feature a live and silent auction featuring Murray Brothers memorabilia, golf equipment from tournament Title Sponsor PXG, musical memorabilia and exclusive vacation packages.  In addition to the hole in one prize, Maserati Jacksonville is offering a unique auction item: a weekend driving experience.  There are only 32 teams being offered for this exclusive event and can be reserved by contacting INK! Executive Director Donna Lueders by email at Donna.lueders@stjohns.k12.fl.us.

Additionally, tournament tickets are now on sale with proceeds benefitting Investing in Kids (INK!). Daily general admission tickets are $10 per person and includes a complimentary adult beverage courtesy of Manifest Distilling as well as access to the Pop-Up retail center.  Daily ticket sales will be limited to ensure up close and engaging viewing of the tournament.  Tickets can be bought on the tournament website at www.pxgwmpc.com.

Widely known as the Major of Women’s Developmental Level Professional Golf, the tournament is returning to World Golf Village in St. Augustine, November 1 until November 6, 2022.   The PXG Women’s Match Play Championship will feature more than 80 ascending future stars pursuing their dream of playing on the LPGA Tour, battling over a week-long endurance test that will combine a stroke-play and match-play tournament culminating under the Tower of the World Golf Hall of Fame. All the players will compete in a 36-hole Stroke-Play qualifying tournament on November 1-2.  The top 64 players will then move on to the Match-Play Championship,

Of equal importance, the PXG Women’s Match Play Championship will once again host the Generation W Links to Leadership Summit (The Summit) presented by Circle K and Baptist Health Jacksonville. The Summit adds depth to the women’s initiatives mission of the PXGWMPC by providing a half-day of leadership programming focused on offering growth opportunities for all the players in the tournament, as well as selected area college players, whether their life’s journey continues the golf course or in the boardroom. The programming is being developed and provided by Generation W, a national nonprofit based in Jacksonville Beach, Fla. founded and run by Donna Orender, whose mission embraces the guiding tenets of education, inspiration, and connection, and the power of women’s leadership.

The PXG Women’s Match Play Championship is one of 15 events on the East Coast Women’s Professional Golf Tour (ECWPGT).  Headquartered in Ponte Vedra Beach, Fla., the ECWPGT is one of only three women’s pro developmental tours.  Operated by Mark D. Berman of MediaShare Consulting Group, the Tour’s mission is to create more and better playing opportunities for women aspiring to the LPGA Tour and to create career connections and pathways for them outside the ropes.

Tournament information including tickets and volunteer applications can be found on the tournament’s website at www.pxgwmpc.com.  Information about elevated hospitality opportunities, Pro-am spots and key sponsorships opportunities are also available on the tournament website or by contacting the Tournament Office email at mark@pxgwmpc.com.  Social media sites include @PXGWMPC, #PXGWomensMatchPlay, @ECWPGT, #AintNoMiniTour, and #MakeGolfYourThing.

Founded by entrepreneur and self-proclaimed golf nut Bob Parsons, PXG embodies his belief that every new product from golf clubs to sport fashion apparel should be markedly better. Every innovation should noticeably improve your performance. And every moment of impact should elevate your enjoyment. Today, PXG offers a complete lineup of right- and left-handed golf clubs, including drivers, fairway woods, hybrids, irons, wedges, and putters, as well as high-performance, sport fashion apparel and accessories. For more information visit PXG.com.

The ECWPGT has a dual mission of creating more and better playing opportunities for women aspiring to the LPGA Tour and to create career connections and pathways outside the ropes for female athletes.  Based in Florida, the ECWPGT is one of only three women’s developmental tours in the U.S and serves the eastern part of the country with 15 events each year and its Q-School prep events in California.   Players come from 26 states and more than a dozen countries.  Seeing through his own daughter’s eyes the limited opportunity for women to chase their professional dreams, particularly in comparison to their male peers who have more than 30 “mini tours” leading to the PGA TOUR, Mark Berman, with more than 25 years of golf industry marketing experience, launched the Tour in January. The ECWPGT is open to developmental professional players including those on the Epson Tour and Ladies European Tours and is also open to elite level amateurs and college players. Visit the website at www.ECWPGT.com.  Follow at @ecwpgt.

In addition to $50,000 in prize money and a PXG equipment and apparel stipend, players will compete for a one-of-a-kind trophy supplied by Ocean Sole Africa, a Ponte Vedra Beach-based non-profit which fashions sculptures out of recycled flip-flops from Kenya.  Ocean Sole Africa will also provide similarly crafted one-of-a-kind trophies for the Runner Up and each semifinalist, as well as for the Stroke Play winner and runner up.