Ponte Vedra Beach, FL (August 22, 2021) – Mark Berman, who’s company, MediaShare Consulting Group, is producing the PXG Women’s Match Play Championship in Northeast Florida, kicked off a two-day tournament partner and media event stating, “In 67 days, 10 hours and 12 minutes, we will host the first professional women’s golf tournament in the market in a very long time.” With competitions slated for both World Golf Village courses, professional women’s golf will return to northeast Florida October 26, 2021. The event will feature back-to-back tournaments with a sizeable cash purse for an event at this level. It will also include the Generation W Links to Leadership Summit, which will provide important guidance, inspiration and leadership development programs for the female competitors, as well as other invited female guests.

During a panel moderated by Lauren Thompson, former host of Golf Channel’s “Morning Drive,” those in attendance heard first-hand about the tournament’s larger mission, the unique format of play and the meaningful – and colorful – Champion’s Trophy.

“Our overall mission is to create opportunities for the developmental female professional golfer, for whom very few tours and tournaments exist, particularly compared to the men’s game,” Mark Berman shared.  “We are shining a light on women’s initiatives not just on the golf course, but in the workplace and in the community.” 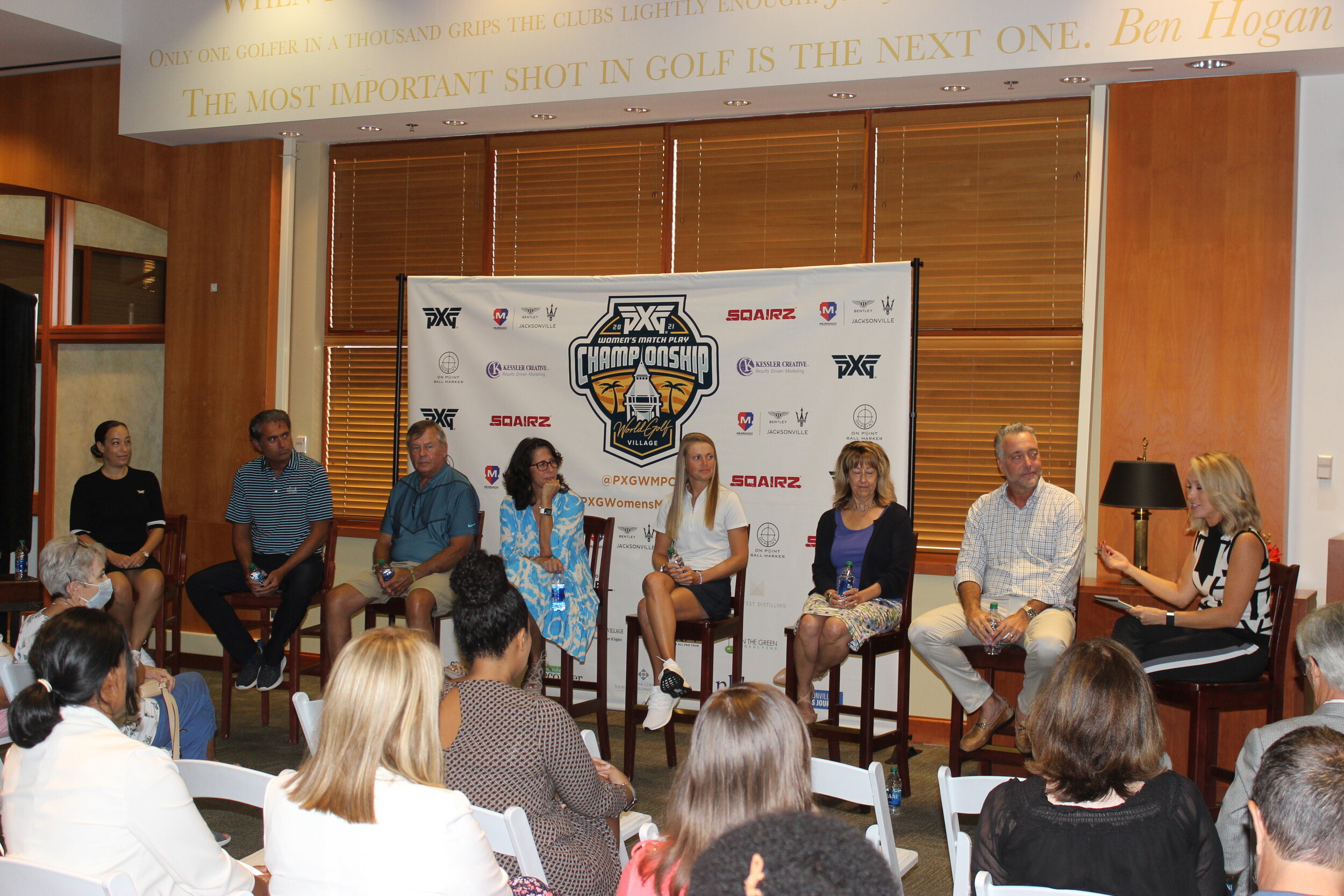 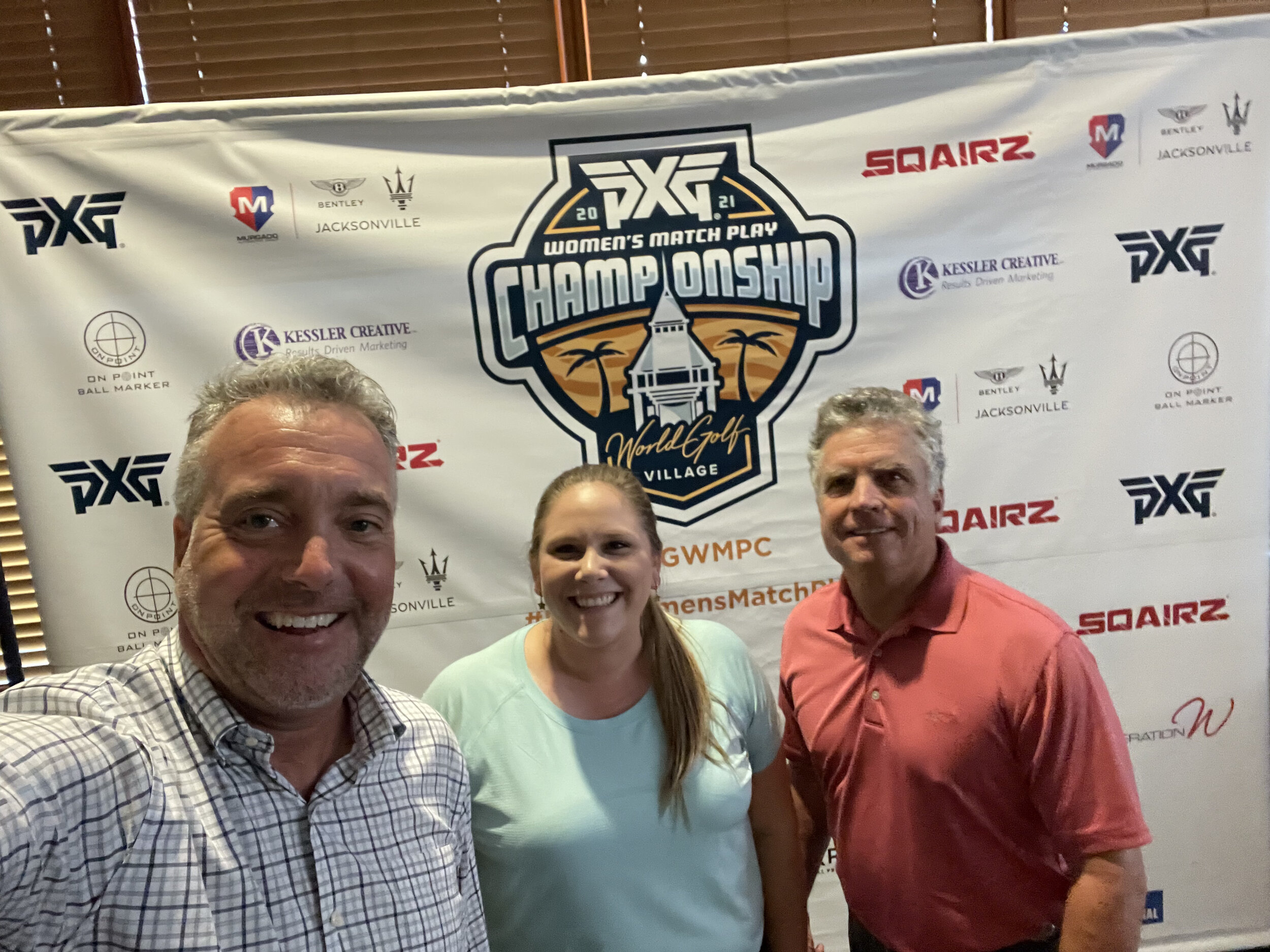 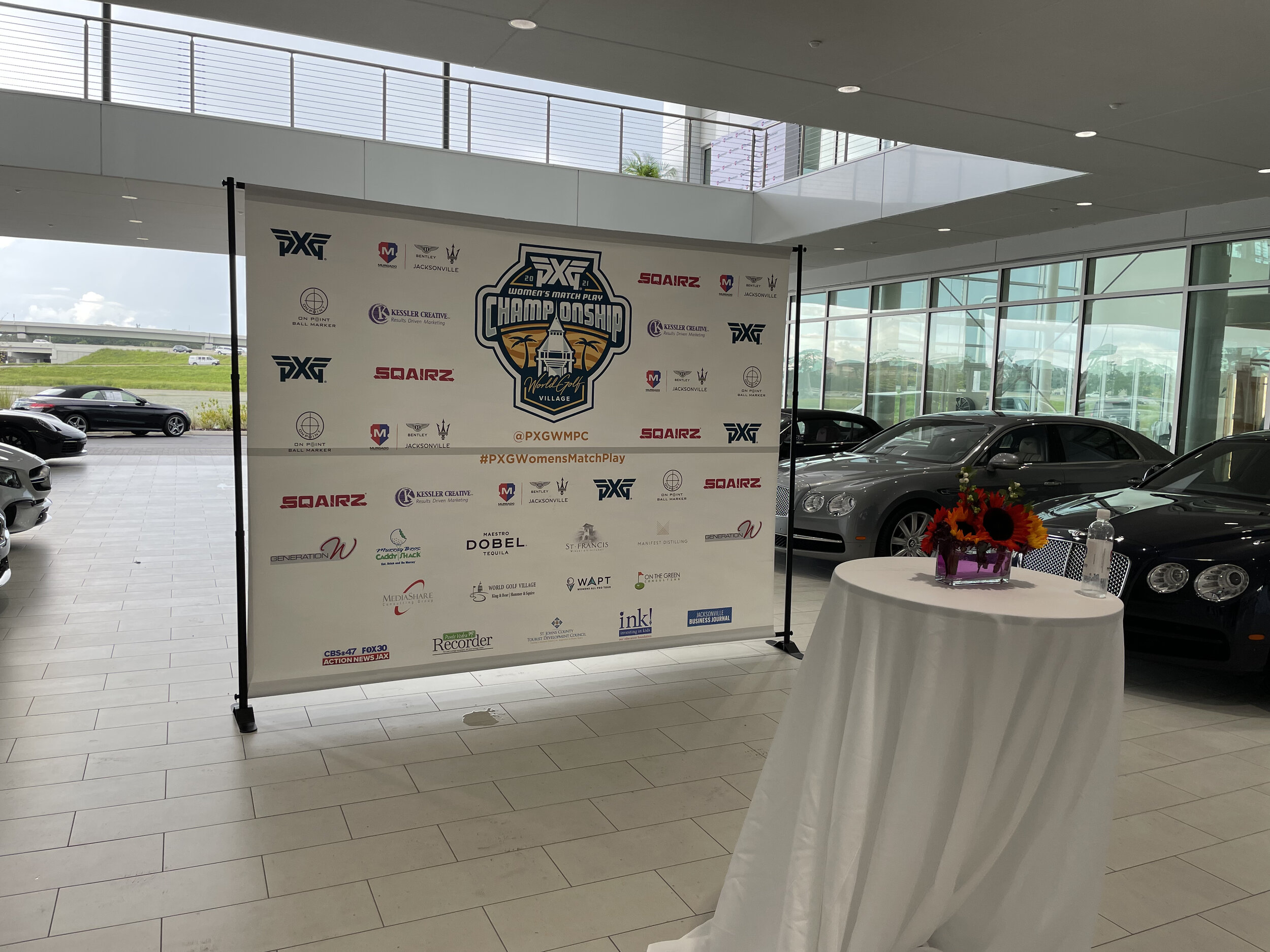 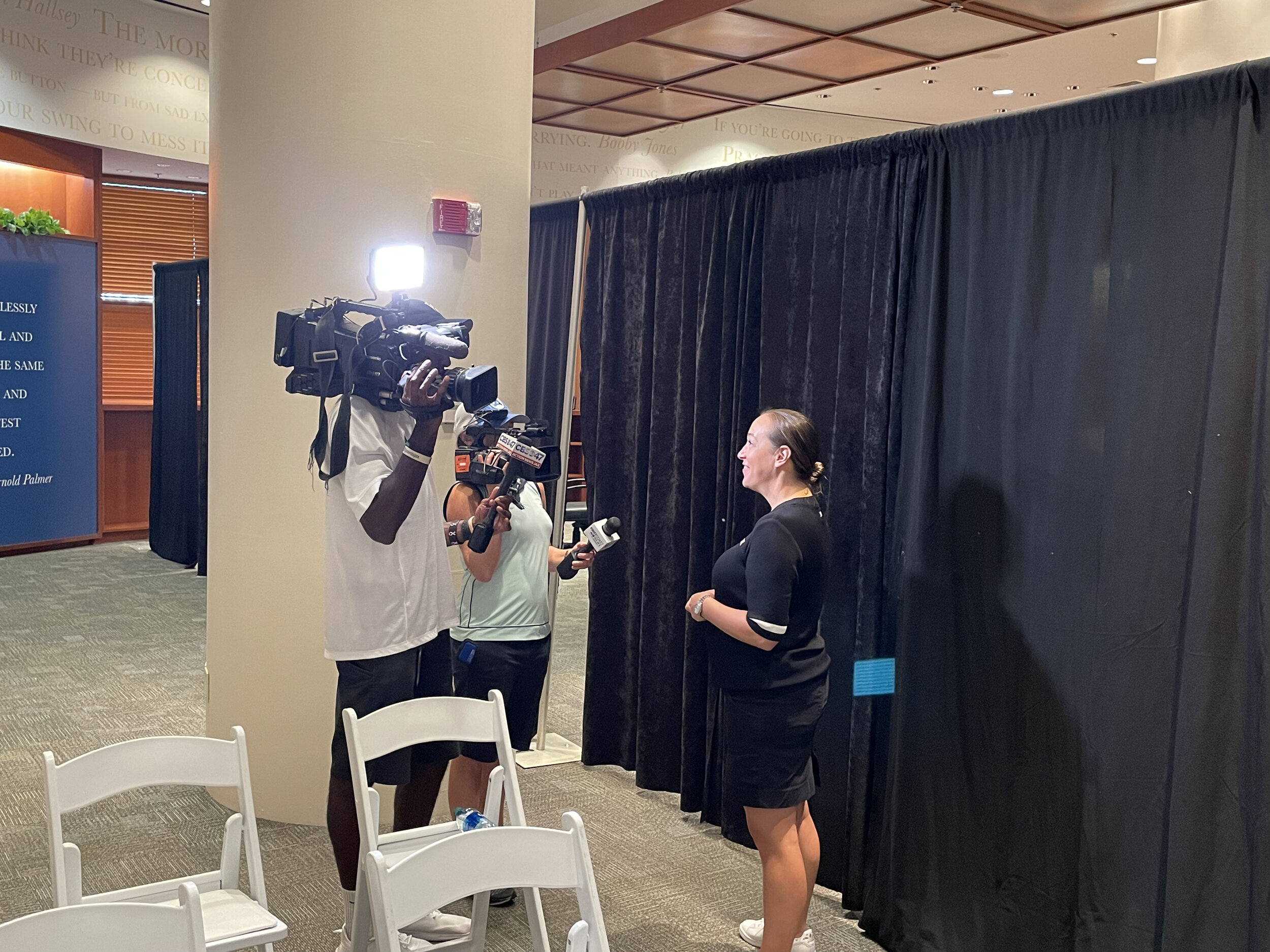 As part of the women’s development mission of the tournament, Generation W, a women’s thought leadership organization, will host Links to Leadership Summit, a half day of leadership program. “This event goes beyond the golf course”, said Donna Orender, founder and CEO of Generation W. “Links to Leadership will be energizing, informative and inspirational. It is designed to create the opportunity for the players and guests to learn from each other, develop personal leadership skills and provide colective connection skills.

Tying into an organization like Generation W made sense for Berman, given the probability of becoming an LPGA star.  “The vast majority of these young women probably won’t get there. Then what? How do we create pathways for them outside playing professionally, in the business community and in the golf industry, so they can be successful given their propensity for hard work and winning attitudes?  They are who we all want to hire.”

PXG, the tournament’s presenting sponsor, echoed this sentiment, voicing its commitment not just to the women’s game, but to women pursuing careers in the golf industry. PXG also underscored its support of one of golf’s newest programs, #MakeGolfYourThing, during the media event and emphasized the PXG Women’s Match Play Championship as a meaningful platform to amplify that effort too.

Thompson asked charitable beneficiary INK! Executive Director Donna Leuders what the PXG Women’s Match Play Championship means to an organization like hers, “Everything. We don’t have the resources to market against the bigger charities, so having a big event like the PXG Women’s Match Play Championship adopt us and put us in the spotlight is truly a game changer for us.”

Thompson wrapped up the morning asking professional player Jessica Porvasnik, who represented the players’ perspectives, why events and tours like these are so important. “Not all of us are ready right out of college. Our coaches booked our rooms, found our events, booked flights, make our dinner plans. Now we’re on the road by ourself for 8-10 weeks at a time and it’s all on us – and we have to play at the highest level. So, tours like the WAPT help us make that transition,” said Porvasnik who graduated from Ohio State University in 2017.

On Tuesday evening prior to Media Day, Founding Partner Murgado Bentley & Maserati Jacksonville hosted a VIP reception at its dealership. Billed by Berman as a celebratory thank you to “Friends of the Tournament,” guests included executives from PXG, On Point Ball Markers, Sqairz Golf, Generation W and Murray Brothers Caddy Shack.  Supporting leadership from St. Johns County were also in attendance, including Cathy Newman, Executive Director of the Chamber’s Economic Development arm, Richard Goldman of the Visitor and Convention Bureau, David Reese of Florida’s First Coast of Golf and Craig Smith of the Alhambra Theatre & Dining.  The reception was co-sponsored by the Alhambra Theatre & Dining who prepared the food, as well as overall tournament sponsors, Manifest Distillers, Dobel Tequila and St. Francis Winery Sonoma.

Speaking on behalf of Murgado Automotive Group – Jacksonville, General Manager TJ Samhouri and his team welcomed the guests, reinforcing the tournament’s mission.  Said Samhouri, “We are involved in this event because so many young women don’t get as many opportunities as men to show off their talents and chase their dreams. Being part of the Jacksonville community and supporting it is very important to us. We hope to bring conversations about inclusivity to center stage while hosting some top-notch play.”

The PXGWMPC is an official event on the WAPT, which is one of only three US women’s developmental tours for women and the only one which provides a pathway into the Symetra Tour.  While sanctioned by the WAPT, the PXG Match Play Championship is open to all professional players who are not LPGA players.  “This is a pretty significant distinction as a professional event,” said Berman.  “We are very intentional in providing opportunities for the up-and-coming professional female players.”

o   The PXG Women’s Match Play Championship is a back-to-back tournament series with the first week of 54-holes of stroke play being contested on King & Bear Golf Course from October 26-28.  The second tournament is a 64-woman Match-Play tournament, seeded by the stroke play event, with its own unique format.  The 64 competitors will be split into 16 four-player groups. Each player will play each group member twice in nine-hole head-to-head matches.  Each hole is worth one point to be either won, lost or halved.  The winner of each of those nine-hole matches will also receive a bonus point.  The player after her six matches with the most cumulative points, advances to the Knockout Rounds, starting with the Round of 16.  Pool Play will be contested on November 1 and 2, beginning at 9:00 AM EST.  The Round of 16 and the Quarterfinal matches will be played on November 3 starting at 9:00 AM EST.  The Semifinal matches will commence on November 4 at 9:00 EST AM, following by the consolation match and then the Championship Match.

o   Admission and parking for fans will be free with website registration, courtesy of Official Printing Partner, Kessler Creative, a St Johns County-based woman-owned print marketing firm, Said president Dina Kessler “The goal is for people to see these amazing female athletes play, and we want to provide that experience at no charge to our community.”  Kessler Creative is creating all of the on-course and promotional signage for the @PXGWMPC

o   In addition to $50,000 in prize money and a PXG equipment and apparel stipend, players will compete for a one-of-a-kind trophy supplied by Ocean Sole Africa, a Ponte Vedra Beach-based non-profit which fashions sculptures out of recycled flip-flops from Kenya.  The 2021 PXG Women’s Match Play Championship will receive a manatee sculpture resting on top of a piece of driftwood found on a local Northeast Florida beach. It was created by Kenyan artist Mwrani and took her 22.5 hours to make and used more than 40 pounds of recycled rubber flip flops.  Ocean Sole Africa will also provide similarly-crafted one of a kind trophies for the Runner Up and each semifinalist as well as for  the Stroke Play winner and runner up. 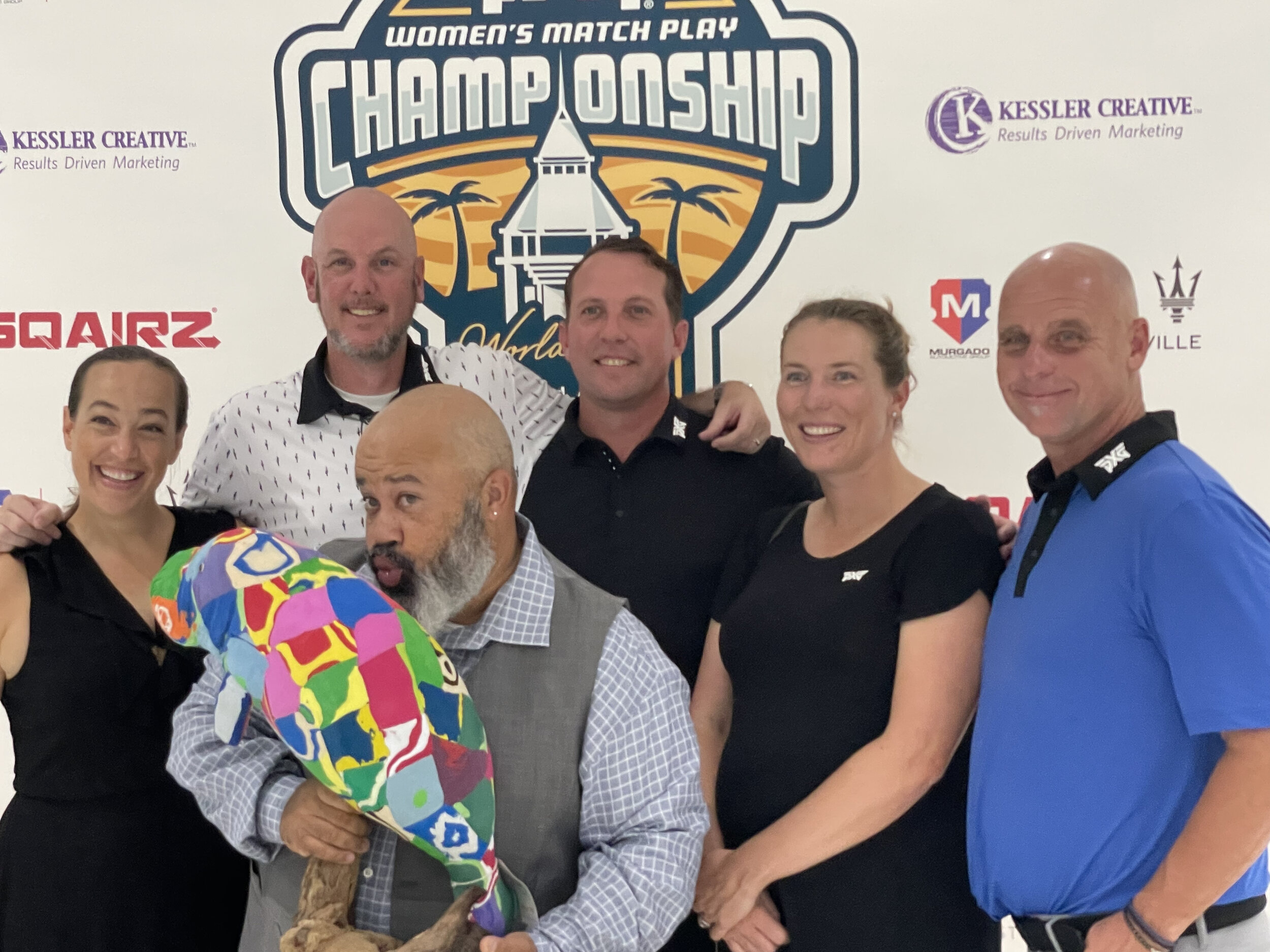 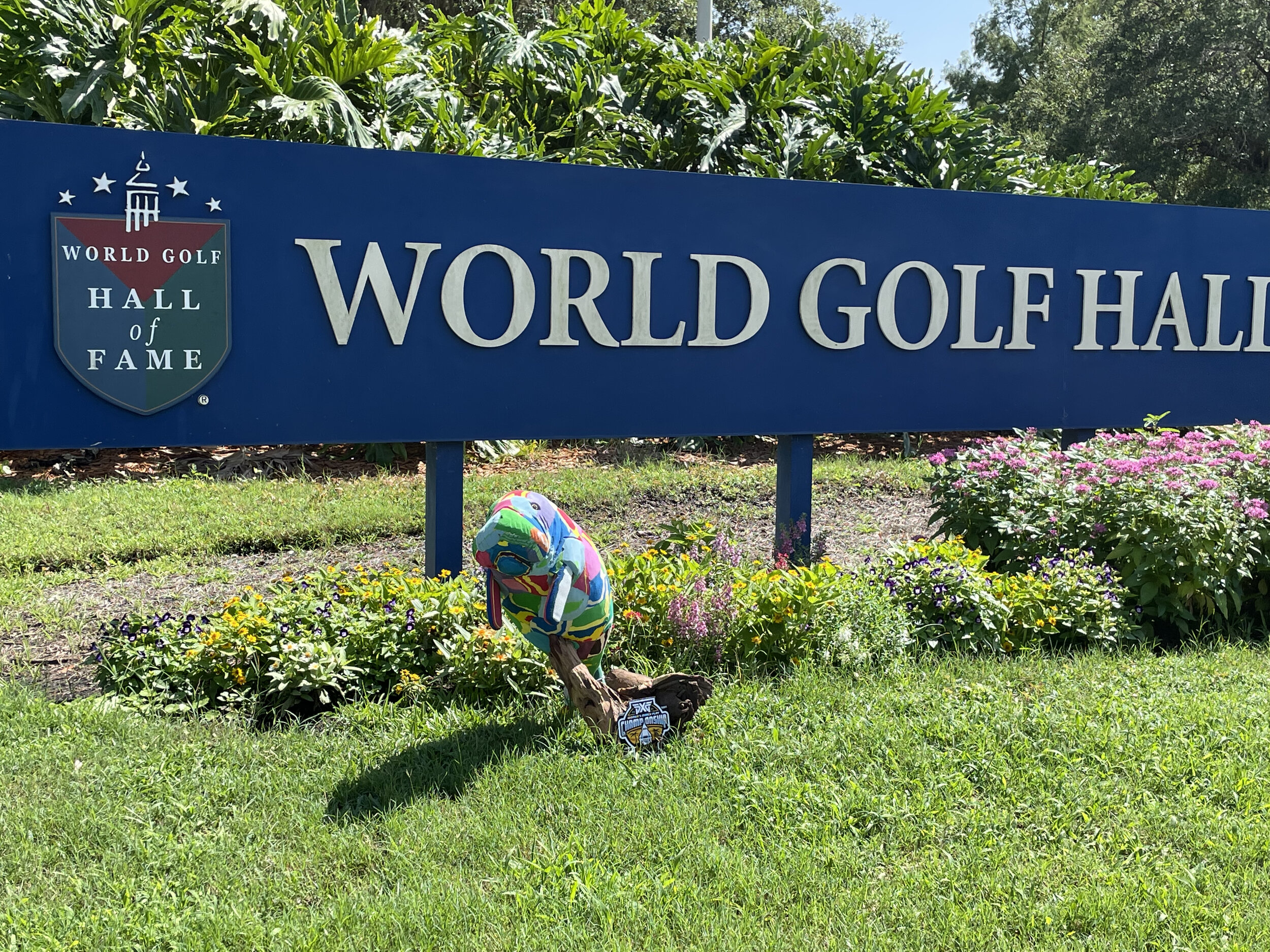 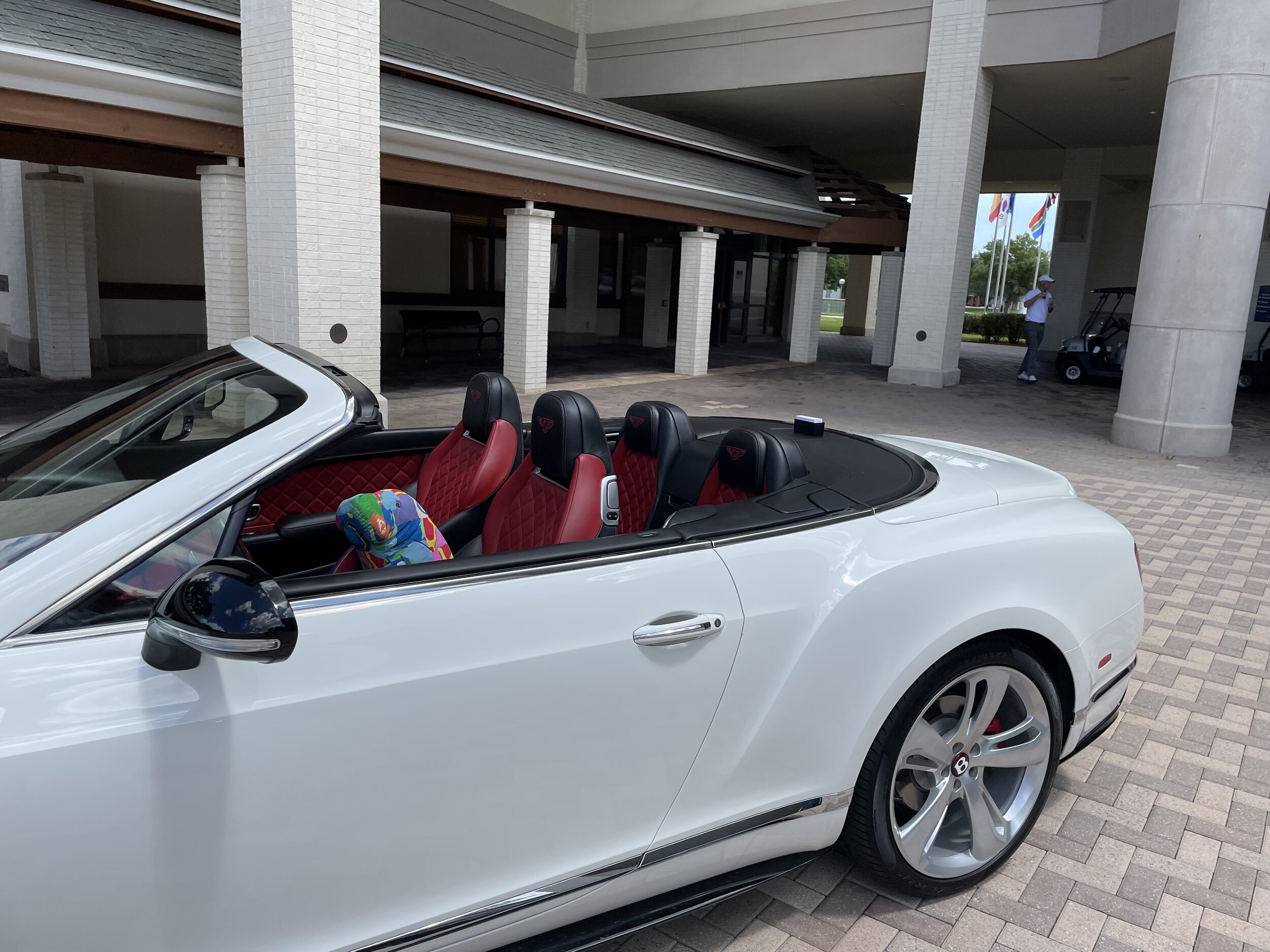 Nashville band Them Vibes, founded and managed by Ponte Vedra native Kim Paige, will be the featured band in the St Johns County VCB Between the Tournaments Concert, hosted by the and Jacksonville International Airport.  The invitation-only VIP concert will be held on October 30 at the host hotel, the Marriott World Golf Village Renaissance Resort Hotel.